Pinckney’s ‘booming’ voice for the voiceless, The Island Packet: Ordained at 18 and elected at 23, the late pastor and state Sen. Clementa Pinckney spent a lifetime lending his booming voice to the voiceless, friends and colleagues recalled the morning after he was shot and killed alongside eight members of his congregation in Charleston, S.C.

Superglue surgery saves baby, The Kansas City Star: In what could be a medical first, superglue was the secret ingredient for a specialized brain surgery to save an infant from a rare, life-threatening aneurysm at the University of Kansas Hospital.

Councilman faces ethics allegations, The Island Packet: The former leader of a once-touted economic development prospect accused one of the County Council members who tried to woo the prospective company of stealing business secrets. The revelations led to a state ethics investigation. 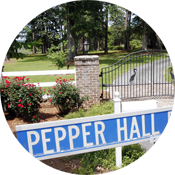 Ties to owner questioned ahead of pivotal Pepper Hall vote, The Island Packet: Just days before a pivotal vote on the $12 million acquisition of the Pepper Hall tract, it came to light that two County Council members have ties to the owner of the land. The council later abandoned the plan.

Go directly to jail, do not pass go, The Island Packet: A state police report detailed Beaufort County jail director Phil Foot’s interference in his step daughter’s 2013 arrest. Despite video footage of the incident, prosecutors did not bring criminal charges against Foot and he remains the county’s public safety director.

Long-secret Ironman triathlon plans revealed, The Island Packet: Chamber of Commerce and local government officials worked behind closed doors for the better part of a year to bring an Ironman 70.3 triathlon race to Beaufort County. It wasn’t until the Packet pushed the sheriff to go public with his concerns over the race route that long-secret plans were finally revealed. 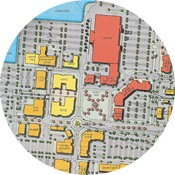 Bluffton settles for grocery store at controversial tech park, The Island Packet: Bluffton leaders have long dreamed that Buckwalter Place would become the town’s second city center — an urban, high-tech contrast to the quaint boutiques and eateries in Old Town. But now that dream could be wilting in the shadow of a 113,000-square-foot Kroger Marketplace.

Missouri plant trots into national horse slaughter debate, The Kansas City Star: Small, family-owned Rains Natural Meats in Gallitin, Mo., found itself caught in the middle of the national debate over horse slaughter in June 2013 as it became the third plant in the country to seek a federal inspection to process equine meat.

QLife brings new life to homeless, Herald-Tribune: A counter-intuitive program to charge homeless individuals for their stay at the Salvation Army shelter actually worked, helping move hundreds into housing. Sarasota was once derided as the meanest to homeless, but one key leader asks if the city is ready to celebrate its success. 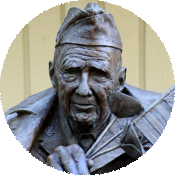 Veterans bring to life late friend’s vision, The Island Packet: Retired U.S. Navy Capt. Bill Baker dreamt of installing a special bronze sculpture at the entrance to the veterans memorial on Hilton Head Island. His idea finally became a reality on Memorial Day, but he wasn’t there to see it himself. Baker died in January, but fellow veterans didn’t hesitate to see their friend’s vision through.

The small church with a big heart, The Kansas City Star: St. Aidan’s Episcopal Church was on the brink of closing just over a decade ago. Today, the tiny Olathe church has rallied to become a service-centric parish where three-quarters of its members are involved in its outreach ministries.